Proudly serving Madison County including Anderson, IN and surrounding areas 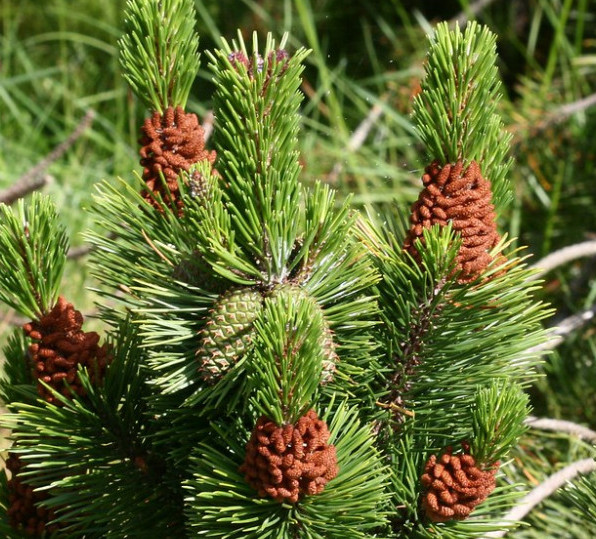 If you ever visit yellowstone you will see a pine that is tall and thin. These pines that love to grow all over the old lava rock. This is also the most common tree in the park. Sometimes they grow in a group that almost reminds you of the different in-crowds in high school. Each group standing tall having their own conversions so to speak.

These trees have a few traits that make them absolutely dominant in numbers. Yellowstone is known by many, and has thousands of visitors a year. Each visitor walking on the crust of the earth not even realizing that beneath the crust a storm of magma is brewing. Sometimes there is an eruption from that active magma. The lava then melts through some of the crust of the earth creating a unique rock called rhyolite. This rhyolite becomes hard when cooled and doesn’t contain much in the way of nutrients. It does however contain just what the Lodgepole Pine likes.

The Lodgepole Pine grows here for a couple reasons. One reason is that Pinus contorta doesn’t like having competition. This way they can suck up what little life giving resource is available. Since little other plants like growing on this special rock it doesn’t have much. Another aspect that makes the Lodgepole Pine a good candidate to grow on rhyolite is they have short roots small enough to laugh at when compared to the height of the tree. The reason is that water can drain very quickly through the rock. Almost so quickly it is hard for a plant to get any sucked up. You can also look at the base of this tree and see that limbs don’t start growing until almost the very top. They do this because the number one goal is to get tall. They can not live in the shade. They rely on sunlight more than most plants for energy. If another tree somehow blocked their sunlight they would die promptly.

So, as you scurry about in the park keep in mind that anywhere you see the Lodgepole Pinus you also are seeing the rhyolite as well. As many Lodgepole trees that you see you can imagine a time before they were there and think about the molten rock flowing out over the land. It is interesting to think about because some of these trees actually need the fire to reproduce. They have cones, that are like the seed for a new tree to grow, encased in resin. This resin is so thick that the cone will not turn into a tree unless the resin is melted off through scorching fires.

These trees sometimes make the mistake of drinking the thermal waters. These waters underground contain something known as silica. This silica if sucked up through the tree roots will kill the tree a little at a time. It is a slow death but a death nonetheless. When new magma meets the trees that died because of silica ingestion they don’t burn. The silica creates a burn-proof tree trunk. At that point the tree simply gets engulfed and stays for years in an underground system of tunnels.

As you are looking through Yellowstone Park you may forget about these incredible trees because they are so common there. However make no mistake that these trees will remain until the next big blast of magma comes rolling out of one of the most active supervolcanoes in the world.

We are a family owned local tree service that specializes in amazing customer service and high quality work. We proudly serve all of Madison County and surrounding areas.

If you are thinking of starting a compost pile it can be a great way to break down the tree leaves, sticks, or any other organic material you […]

We always want to prioritize the customer when it comes to tree removals in Anderson. It takes so much time to grow them and so little time to […]